"I am not a number, I am a free man" said Patrick McGoohan as number 6 in the 1967 cult TV series "The Prisoner". The series followed a British former secret agent (McGoohan) who was abducted and imprisoned in a mysterious coastal village resort. The occupants of the village went about their daily business quite happily, in a slightly similar way to The Stepford Wives. No one had names, only numbers. McGoohan's captors were trying to extract information from him, he was trying to escape, and every time he did he was brought down by a huge white floating ball that just popped up. It was a bizarre series but very good, and became addictive.

It was filmed in the picturesque north Wales village of Portmeirion, a divine collection of pretty, quirky houses, beautiful gardens, a cafe, restaurant, shops, holiday cottages and a hotel.
I first visited over 15 years ago, this visit was in 2013. 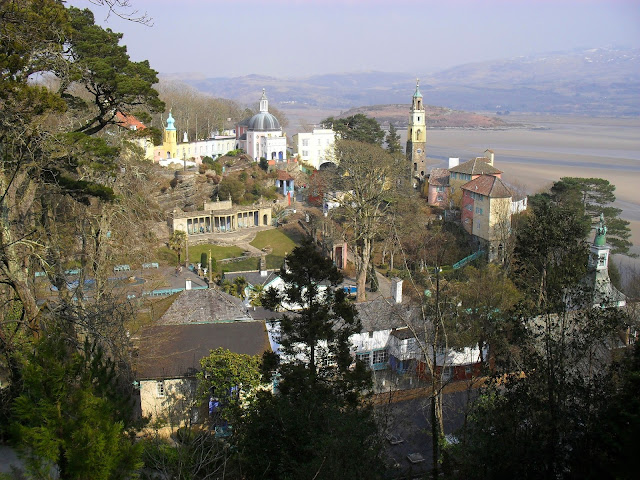 Portmeirion was created by the architect Sir Clough Williams-Ellis. He had nurtured an idea of a small coastal village on some romantic clifftop site, perhaps on an island or a remote estuary. This idea stayed with him for about 20 years until in 1925 he found the Aber Iâ estate on the Dwyryd estuary near his home. It was more or less exactly what he had been hoping for, and it was for sale - he bought if for what is said to be around £5,000.
The first thing he did was change the name. Aber Iâ can mean 'frozen river mouth' which isn't an ideal name for a holiday resort. The name Portmeirion comes from 'Port' to put it on the coast and 'Meirion' the correct spelling of Merioneth, the county in which is was located. Building took place in two stages, from 1925 to 1939, and, once post war building restrictions had been lifted, from 1954-76.
Sir Clough's daughter, designer Susan Williams-Ellis founded Portmeirion Pottery in 1960. 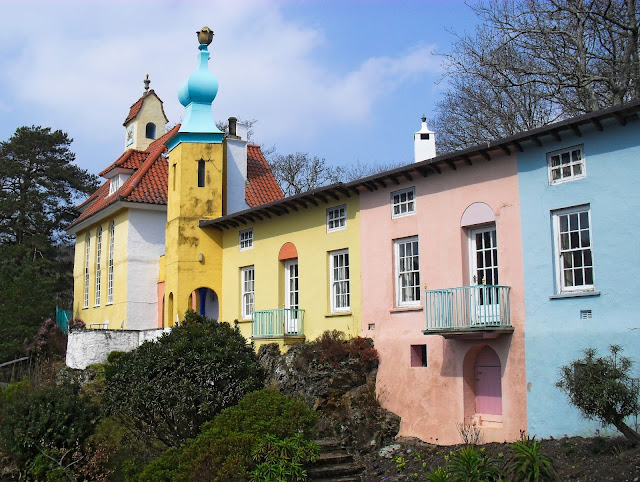 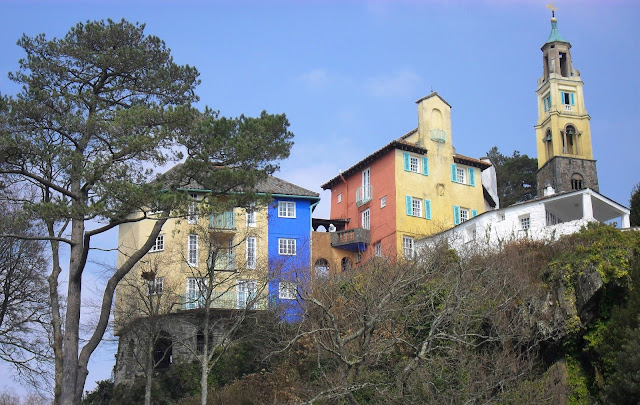 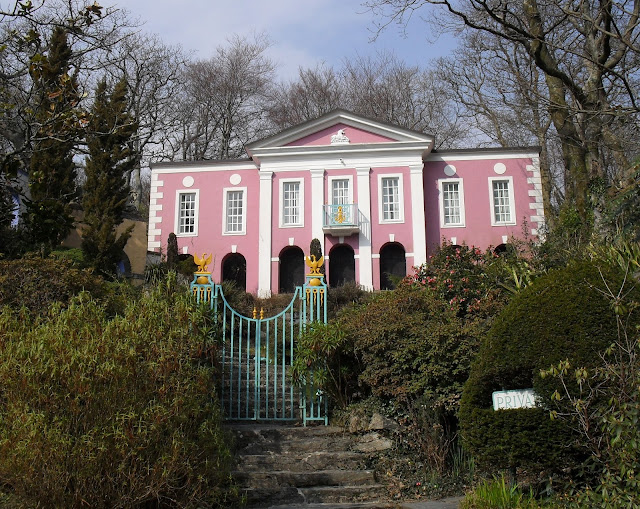 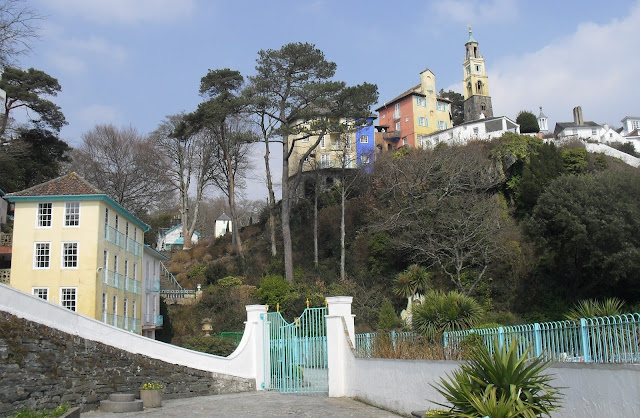 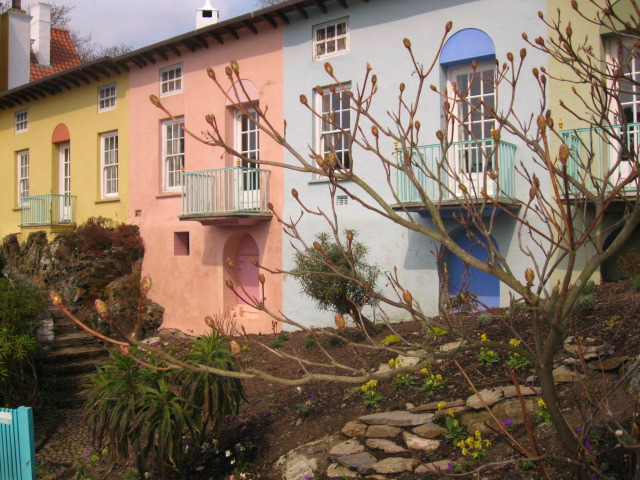 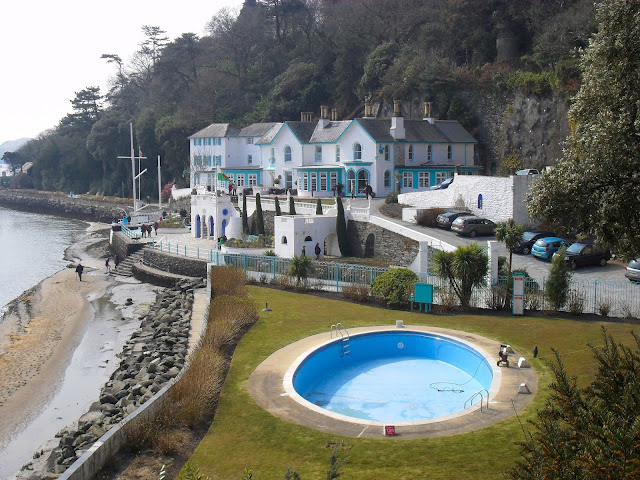 Portmeirion hotel.
It's highly unlikely that I will marry again, but if I did I would want to do it here.
Surrounded by beautiful gardens and water gardens, coastal walks
and 70 acres of exotic woodlands, it's definitely worth a visit.

We stayed in Betws-y-Coed 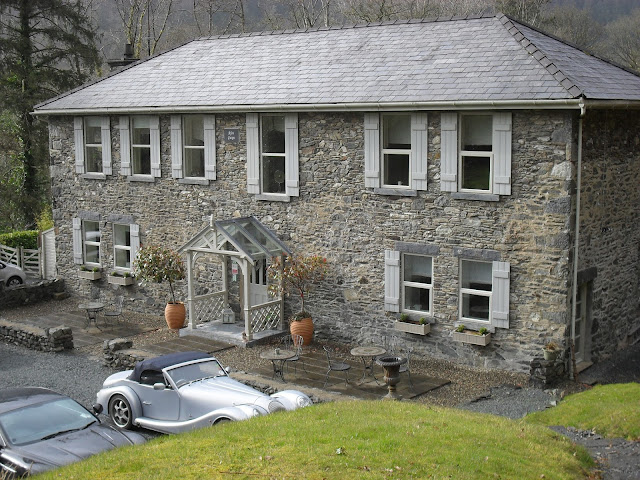 our B&B was lovely, the rooms were themed around flowers,
I was in the Bluebell room. 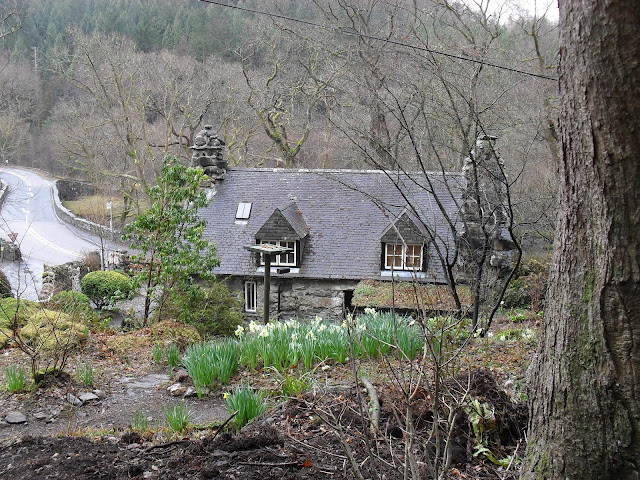 A few miles away was The Ugly House Tea Room.
Despite its name it's a lovely little place and serves delicious food.
The cottage is full of history, legend and mystery. It's not clear who built it or when. It's said to be a Tŷ Un Nos, a ‘one-night house’, a custom whereby if you could build a house overnight on common land, with smoke rising from the chimney by daybreak, it was yours to keep. The tearoom has a honeybee centre upstairs. It is surrounded by five acres of ancient woodland and wildlife garden tended by volunteers. The volunteers also run a project to rear a supply of queen bees to boost the population of healthy honeybees in the Conwy Valley and beyond. 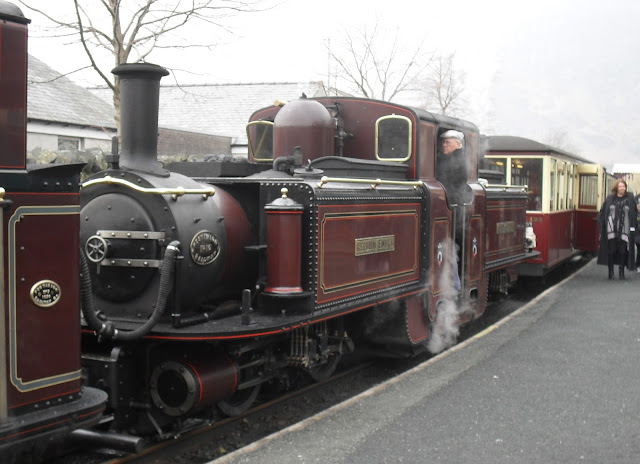 I like trains so a trip on the Ffestiniog railway was a must.

The weather has turned cold again, and more rain. The lawn is looking lovely.

I'm currently binge watching "The Alienist" on Netflix. It's very good but I do think
the protagonist should spend less time theorising and more time detecting,
but then I guess there would be less atmospheric suspense.

And, after much neglect I am back working on my dolls house

~Be warm and well ~
Polly x

Email ThisBlogThis!Share to TwitterShare to FacebookShare to Pinterest
Labels: A Nice Day Out, sightseeing